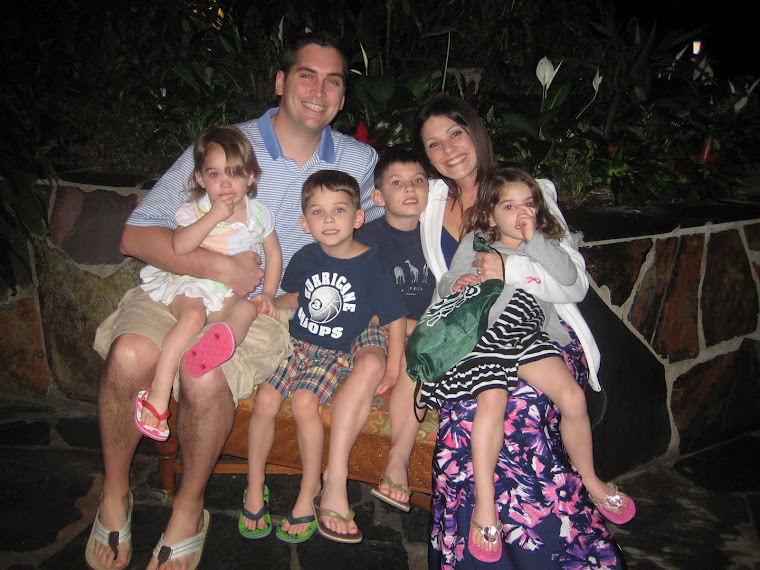 This post is way over due. We have been very busy and I have found it hard to find the time to reflect and write. I feel like both are an important part of this process, so here it goes. I am very much still overwhelmed with pride and admiration upon Matts completion of the Philly Triathalon. Accomplishing this just six months after being diagnosed is really amazing. The rush of emotion I felt as he crossed the finish line was indescribable. Just to write about it chokes me up a bit. When he was in the hospital and shortly after I could not have imagined that in a few months I would be watching him swim 1 mile, bike 25 miles and run 6 miles. I know that Matt is fighting this disease with every fiber of his being. I am so grateful that his side effects are minimal enough to allow him to be so physical. Matt and I and our children are all in very good place right now. Life for Matt and I has changed immensely. If you take away the fear of the unknown, the when and if this disease will progress or mutate, our life has changed for the better. It may seem crazy, but it is true. We are a healthier family, both mentally and physically. Albeit our two year old is challenging our mental health at the moment. I ran my first 5k with Matt on July 4th and hope to do many more. Matt has his sight set on a half ironman! We are eating better, much better and I feel like each day is lived with more purpose. With that being said I always have to take a moment to thank everyone for their prayers and messages of love and support. I have been on both sides of the fence of cancer. I know what it is like to not know what to say to someone or the fear of saying the wrong thing. I just want to say that you can't say the wrong thing to me. When anyone reaches out to me it makes me feel supported and loved! I am also very appreciative of any medical or nutritional information that is passed along to me! I am praying for everyone that has been touched by cancer. Consider being a bone marrow donor www.bethematch.org Please consider donating to light the night! http://pages.lightthenight.org/lv/LehighVy12/TeamCrushBloodCancer
Posted by Jami at 11:02 PM 15 comments:

I am very happy to report there's not much to report! Matt met with Dr.Luger yesterday at UPenn. In her words his labs look perfect! She couldn't have hoped for any better. This was a big relief, Matt and I both get very anxious before these appointments. They are doing some cellular testing, but we won't have the results for another week or two. We will be anxiously awaiting those results. For now we will continue on the same path. Matt will continue with Gleevec, continue his training for the Philly Triathalon and I will continue our quest to eat toxin free foods.

I have to once again thank our wonderful friends for their ongoing support and prayers. I was having a moment last Friday when my amazing friend Cathy dropped off a "going green" bin filled with all natural, organic products. Everything from laundry detergent to shampoo. Also a very generous gift certificate to pure sprouts organic delivery was included. Matt and I were both overwhelmed with how wonderful our friends are. We love you guys!

Going through all of this I have become much more aware of the fact that everyone has a story. I may be aware of others struggles and I may not, but we all have something we have struggled with. I feel grateful that others have in spite of what may be going on in their life taken the time to help us. I do feel this has made me more of a kind person to all. Life is good :)

http://pages.lightthenight.org/lv/LehighVy12/TeamCrushBloodCancer
Posted by Jami at 1:05 PM No comments:

This is how our story begins. On 12/9 Matt was diagnosed with chronic myeloid leukemia. It has almost been three months, but seems like a year has passed. CML causes rapid growth of the immature blood forming cells in the bone marrow, blood and body tissues. In cml, part of the DNA from one chromosome moves to another chromosome. When this happens with chromosome 22 and 9, it is called the Philadelphia Chromosome. This is not passed from parent to child. This creates an abnormal fusion gene called BCR-ABL. This gene in turn creates an abnormal protein called tyrosine kinase. This enzyme promotes the uncontrollable production of white blood cells. A normal white blood cell count is 10. When Matt was admitted to the hospital his was 330. Matt is currently taking a chemotherapy type drug called Gleevec. This drug works by binding to the enzyme and acting as an off switch. The cells then stop growing an ultimately die. Matt is considered to be in the chronic phase or stage 1. The goals of treatment are a hematological response, cytogenetic response and molecular response.
HR- reducing the white blood cell count and maintaining it at a normal range. We have accomplished this!!!
CR- reduction or elimination of the philadelphia chromosome from bone marrow cells.
MR- reduction or elimination of the abnormal fusion gene BCR-ABL.
Our hope is he reaches the CR and HR in two years.
Matt has minimal side effects from the Gleevec. Fatigue and bone pain mostly, but that could be his training for the triathlon he plans on doing in June. I am so very proud of Matt, he has never asked why me, he never complains and he has taken the bull by the horns so to speak. As scary as this is, he has managed to put his family at ease. We are at the moment living a very normal life. When all of the what if's try to sneak into my head, I follow his lead by enjoying the present day.
We are doing Light The Night Walk on October 13, a fundraiser for blood cancer. Our team name is Team Crush Blood Cancer. Anyone interested in donating can go to, 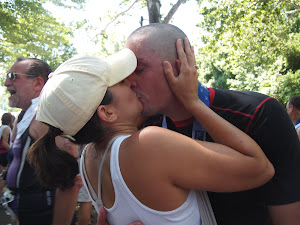 Jami
I am first and foremost a wife and mother! I have four children ages 2,3,5 and 6. I am proud to share our experience with our friends and family and possibly others that have been diagnosed with cml.